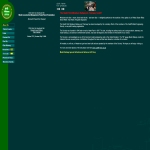 The Heath Park Miniature Railways & Tramway Cardiff. Miniature train rides - steam, diesel and electric - and tram rides - in delightful parkland on the outskirts of the capital city of Wales Steam Rides Diesel Rides Tram Rides Frequent Departures. The Heath Park Miniature Railway and Tramway has been developed by the voluntary efforts of the members of the Cardiff Model Engineering Society, a non-profit making organisation. The Society was founded in 1948 and moved to Heath Park in 1987. The site, including two railway tracks and a unique electric tramway, two model railways, and extensive refreshment facilities, has been developed by the members for the benefit of our visitors.