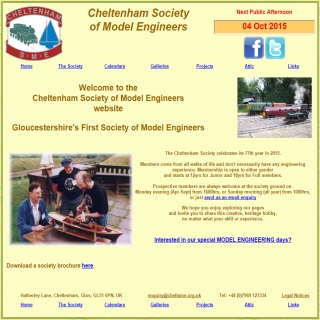 The Cheltenham Society of Model Engineers (CSME) was founded in 1938. From those humble beginnings, with much member enthusiasm, and until the mid-1950s without a permanent home, the Cheltenham Society has grown steadily over the years. Originally starting as a steam locomotive based society, it still has a primary interest in steam locomotives but this is now equalled by diesel locomotives (usually electrically powered). In addition, interests exist in steam road locomotives with also a large contingent of boating interests, both steam and electric